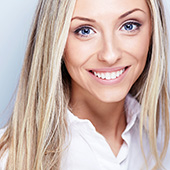 Recently I made an interesting discovery while running – a simple act that made a dramatic difference and helped carry me through the most challenging segments of long distance runs: smiling. This inspired me to embark on a journey that took me through neuroscience, anthropology, sociality and psychology to uncover the untapped powers of the smile.

I started my exploratory journey in California, with an intriguing UC Berkeley 30-year longitudinal study that examined the smiles of students in an old yearbook, and measured their well-being and success throughout their lives. By measuring the smiles in the photographs the researchers were able to predict: how fulfilling and long lasting their marriages would be, how highly they would score on standardized tests of well-being and general happiness, and how inspiring they would be to others. The widest smilers consistently ranked highest in all of the above.

Even more surprising was a 2010 Wayne State University research project that examined the baseball cards photos of Major League players in 1952. The study found that the span of a player’s smile could actually predict the span of his life! Players who didn’t smile in their pictures lived an average of only 72.9 years, while players with beaming smiles lived an average of 79.9 years.

Continuing my journey, I learned that we’re part of a naturally smiling species, that we can use our smiling powers to positively impact almost any social situation, and that smiling is really good for us.

Surprisingly, we’re actually born smiling. 3-D ultrasound technology now shows that developing babies appear to smile even in the womb. After they’re born, babies continue to smile (initially mostly in their sleep) and even blind babies smile in response to the sound of the human voice.

A smile is also one of the most basic, biologically uniform expressions of all humans. Paul Ekman (the world’s leading expert on facial expressions) discovered that smiles are cross-cultural and have the same meaning in different societies. In studies he conducted in Papua New Guinea, Ekman found that members of the Fore tribe (who were completely disconnected from Western culture and were also known for their unusual cannibalism rituals) attributed smiles to descriptions of situations in the same way you and I would.

Smiling is not just a universal means of communicating, it’s also a frequent one. More than 30% of us smile more than 20 times a day and less than 14% of us smile less than 5 times a day. In fact, those with the greatest superpowers are actually children, who smile as many as 400 times per day!

Have you ever wondered why being around children who smile frequently makes you smile more often? Two studies from 2002 and 2011 at Uppsala University in Sweden confirmed that other people’s smiles actually suppress the control we usually have over our facial muscles, compelling us to smile. They also showed that it’s very difficult to frown when looking at someone who smiles.

Why? Because smiling is evolutionarily contagious and we have a subconscious innate drive to smile when we see one. This occurs even among strangers when we have no intention to connect or affiliate with the other person. Mimicking a smile and experiencing it physically helps us interpret how genuine a smile is, so that we can understand the real emotional state of the smiler.

In research performed at the University of Clermont-Ferrand in France, subjects were asked to interpret real vs. fake smiles, while holding a pencil in their mouths to repress the muscles that help us smile. Without the pencils in their mouths, subjects were excellent judges, but with the pencils (when they could not mimic the smiles they saw), their judgment was impaired.

These findings would not have surprised Charles Darwin, who in addition to theorizing on evolution in The Origin of the Species, also developed the Facial Feedback Response Theory, which suggests that the act of smiling actually makes us feel better (rather than smiling being merely a result of feeling good).

This theory is supported by various recent studies, including research out of Echnische Universität in Munich Germany. In a 2009 study, scientists there used fMRI (Functional MRI) imaging to measure brain activity in regions of emotional processing in the brain before and after injecting Botox to suppress smiling muscles. The findings showed that facial feedback (such as imitating a smile) actually modifies the neural processing of emotional content in the brain, and concluded that our brain’s circuitry of emotion and happiness is activated when we smile!

Smiling stimulates our brain’s reward mechanisms in a way that even chocolate, a well-regarded pleasure-inducer, cannot match. In a study conducted in the UK (using an electromagnetic brain scan machine and heart-rate monitor to create “mood-boosting values” for various stimuli), British researchers found that one smile can provide the same level of brain stimulation as up to 2,000 chocolate bars; they also found that smiling can be as stimulating as receiving up to 16,000 Pounds Sterling in cash. That’s 25 grand a smile… it’s not bad…at 400 daily smiles quite a few children out there feel like Mark Zuckerberg every day!

And unlike lots of chocolate, lots of smiling can actually make you healthier. Smiling has documented therapeutic effects, and has been associated with: reduced stress hormone levels (like cortisol, adrenaline, and dopamine), increased health and mood enhancing hormone levels (like endorphins), and lowered blood pressure.

If that’s not enough, smiling also makes us look good in the eyes of others. A recent Penn State University study confirmed that when we smile we not only appear more likable and courteous, but we’re actually perceived to be more competent.

So now we know that:

Perhaps this is why Mother Teresa said: “I will never understand all the good that a simple smile can accomplish.” What’s the catch? Only that the smile you give has to be big, and genuine!

In my fascinating journey to uncover more about smiling, I discovered something far greater than just a way to get through a challenging run – I found a simple and surprisingly powerful way to significantly improve my own life and the lives of others.

So now, whenever you want to look great and competent, improve your marriage, or reduce your stress…or whenever you want to feel as good as when you’ve enjoyed a stack of high-quality chocolate without incurring the caloric cost, or as if you randomly found 25 grand in the pocket of a jacket you hadn’t worn for ages…or when you want to tap into a superpower and help yourself and others live longer, healthier happier lives…SMILE 🙂